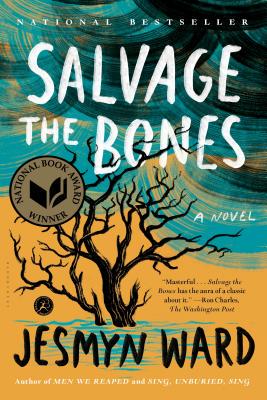 I’ve had Salvage the Bones by Jesmyn Ward on my read list since finishing The Fire Next Time.

This book is heartbreaking. It’s the story of family and love and mythology told through the eyes of a teenage girl as she and her brothers and father get ready for the storm that will be Hurricane Katrina. That we know how bad Katrina will be adds urgency. The physicality of Ward’s writing gives this book a searing intimacy. We feel, through touch, what the narrator feels. It is the best of literature, giving us intimate access to a complete world.

Logistics: I checked the audio book out from the library and listened to while walking the dog on the Berkeley streets, while cooking dinner, and while driving short errands. Book 03 finished 8 January.

Protecting the Right to Vote

Also today, Senate Majority Leader Chuck Schumer (D-NY) called out the new election laws passed by Republican legislatures as “anti-democratic,” designed to “unwind the progress of our Union, restrict access to the ballot, silence the voices of millions of voters, and undermine free and fair elections.”

He insisted that Congress must take action to stop this anti-democratic march. In June, August, October, and November, Republican senators blocked discussion of “common-sense solutions to defend our democracy.” It is unacceptable for a minority of senators to be able to require that the majority command a supermajority in order to pass legislation, Schumer wrote: the Framers of the Constitution explicitly rejected such a requirement to pass laws.

“We must ask ourselves,” he wrote, “if the right to vote is the cornerstone of our democracy, then how can we in good conscience allow for a situation in which the Republican Party can debate and pass voter suppression laws at the State level with only a simple majority vote, but not allow the United States Senate to do the same?” 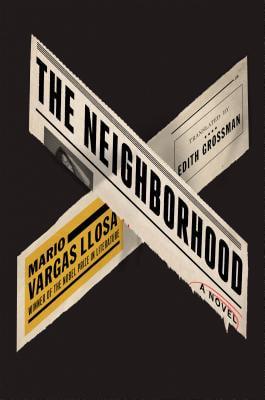 I can’t remember what prompted me to put Mario Vargas Llosa’s The Neighborhood on my reading list. An article, I think, about corruption and politics and human greed and bravery.

I just finished and it is all those things. I’m left curious about the translation (houses at the point of falling down, rather than the verge of falling down. why that choice?). And most in love with a minor character who is losing his memory, his orientation to the world. And also the sex. The casual and impersonal nature of it. A stand-in for power.

Logistics: I checked the book out from the library, in digital format, and read it in Libby. Book 02 finished 2 January.

The Dept. of Speculation 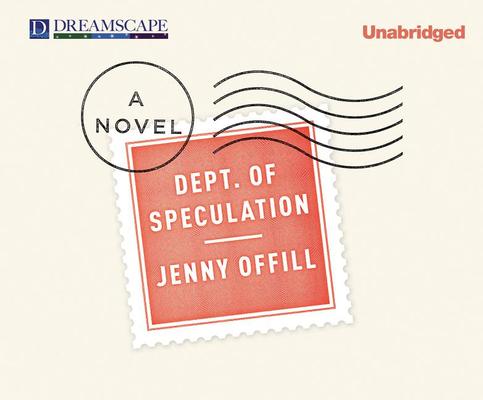 The Dept. of Speculation by Jenny Offill is the first book I finished this year. I started it on audio, a while back. Libby does a nice thing and holds your place, no matter it seems how long it takes to get back to it. And I did. This morning’s walk gave me time to finish it.

This is the second of Jenny Offill’s books I’ve read. I’ve liked both of them. And yet.

And yet I keep expecting something more from them. Like I keep waiting for something to happen. They are lives lived with ordinary heartbreak. Which somehow doesn’t feel enough. But I can’t work out why. Perhaps it is because they seem to be blind to the context in which the lives are led. As if the books have an insular and self-centered point of view. Even if hearts are breaking and people are loved. The world around does not ever seem to intrude.

Logistics: Checked out from the library and read on audio while walking the dog. Book 01 finished 2 January.

Science is a catalyst for human progress. But a publishing monopoly and funding monopsony have inhibited research.

And build the reviewers reputation through the work of their reviews. This proposal could be modified and applied to foundation grant proposals as well. 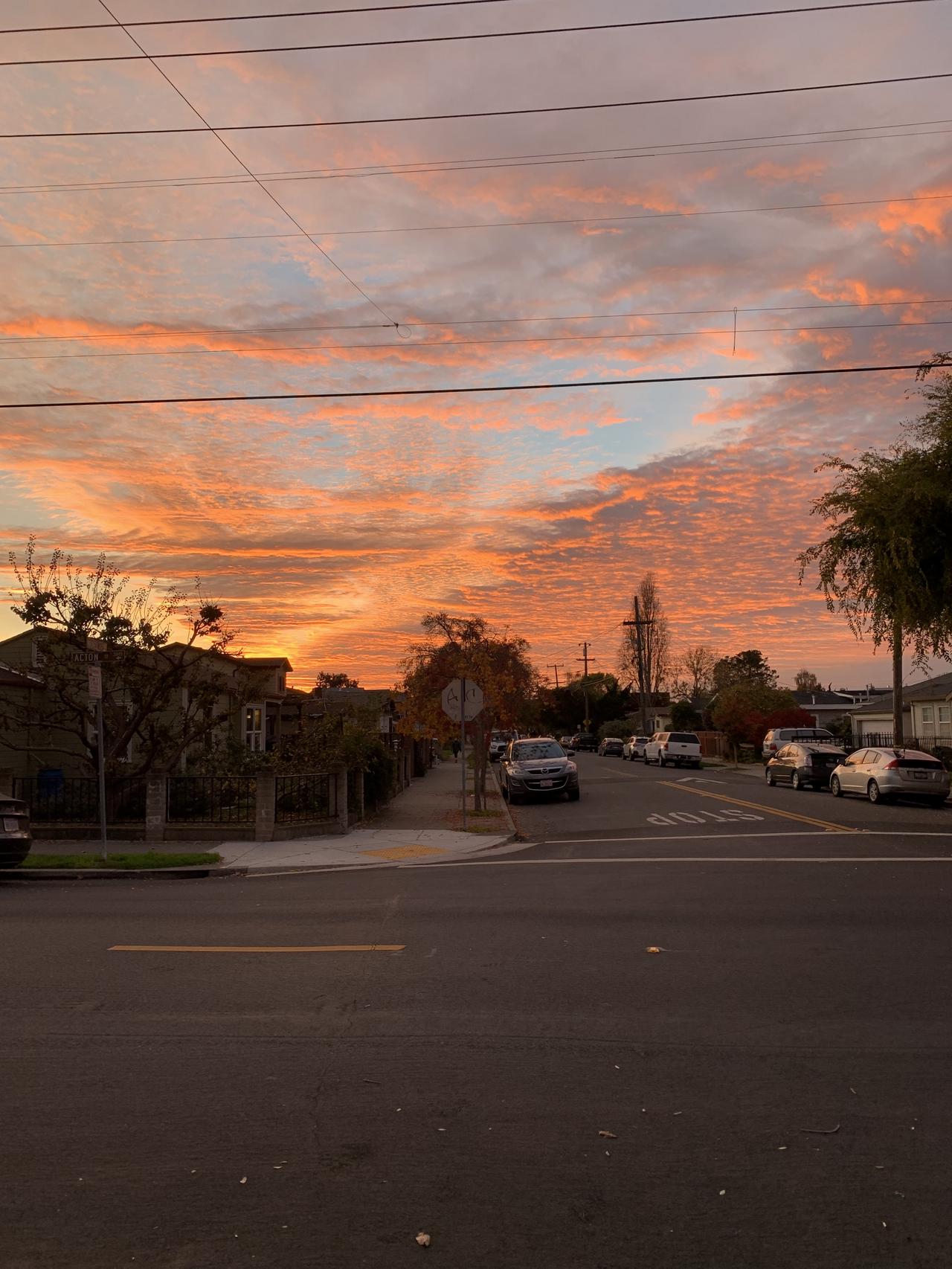 There’s an underlying trend to many of Automattic’s recent acquisitions, a reflex to try to build or buy open alternatives to increasingly closed systems. As social media falls increasingly under Facebook’s watch, Automattic buys Tumblr; as Spotify moves to control more of the audio and podcast ecosystem, Automattic buys Pocket Casts. Parse.ly promises to be analytics minus the gross data practices; Day One promises top-notch encryption to keep your important memories and journal entries private forever. Every Automattic product is both a bet on the future and a subtle rebuke of the present.

“I think it’s crucially important to have alternatives that are creator-focused, versus advertiser-focused,” Mullenweg said. “I guess part of this is wanting alternatives to advertising business models as well.” That means betting on subscriptions, like Tumblr’s new Post+ service. It means making it easy for creators to sell things directly through WooCommerce. It means lots of other things, too, eventually.

From Matt Mullenweg, WordPress are building a more open internet – Protocol — The people, power and politics of tech

We must resist every attempt at censorship

The political historian and commentator Anne Applebaum wrote in “Iron Curtain” (2012) about how the Stalinization of Eastern Europe depended not primarily on the gulag and the firing squads, but on the intimidation of people who felt compelled to spew the same idiocy they heard, pursuing a grotesque conformity.</> “Actual censors were not always needed,” Applebaum told me in a recent email. “Instead, a form of pervasive peer pressure convinced writers, journalists and everyone else to toe the party line; if they did not, they knew they risked being ejected from their jobs and shunned by their friends.”

From My Book Was Censored in China. Now It’s Blacklisted — in Texas. – The New York Times

Political theater tests our boundaries as a community. We have to be clear about where they are.

Everyone needs this training

In addition, all military branches must undertake more intensive intelligence work at all installations. The goal should be to identify, isolate and remove potential mutineers; guard against efforts by propagandists who use misinformation to subvert the chain of command; and understand how that and other misinformation spreads across the ranks after it is introduced by propagandists.

From Opinion | Retired generals: The military must prepare now for a 2024 insurrection – The Washington Post

I would love to see a partnership with libraries world wide as a part of this. They can support a civics educations and regular mis- and disinformation trainings. And they can be a connection to community, information, and engagement while someone is in the service and beyond. This has to happen intentionally with programming that creates connections and opportunities for people to benefit from participating in diverse groups who share information.

Civil society must be in this effort

The movement toward ESG reporting certainly highlights important issues, such as climate change and the treatment of workers, and it is welcome that corporations want to engage in the debate. But the belief that companies can solve such pressing issues—through pursuing ESG standards or otherwise—is deeply flawed. Despite purportedly having good intentions, many corporations are not genuinely interested in bettering the world, and some use ESG metrics or other sustainability measures mainly to launder their reputations. Fixing some of the world’s most vexing problems will require that businesses dramatically alter their own practices, and it makes little sense to entrust systemic reform to the very institutions that themselves require change.

Instead, action must come from elsewhere: namely, governments. States must impose new regulations on the market economy to ensure that businesses are delivering shared productivity and social progress. Politicians will need to create laws that make markets work well and embed values—such as environmental sustainability or higher wages for low-income workers—that reflect the mainstream views of society. Renewed regulatory activism must include restoring competition through effective antitrust enforcement, legislating for the national interest over global profits, and tilting the balance of economic returns from older, wealthier generations to younger, poorer ones. It should also mean regulations to fight climate change, such as emission limits, mandates to end the sale of internal combustion engine vehicles, or bans on the use of certain materials.

From The Revolution Will Not Be Privatized | Foreign Affairs

I agree with the limits of corporate social responsibility. However, government is not the only response. Civil society needs to hold both groups accountable. This highly localized sector has to engage in sector wide projects to aggregate data and demonstrate the reality of the experiences of so many who cannot access the resources offered by either government or business. And they must stand firm in holding open the space for civic engagement against the limiting action of so many companies.